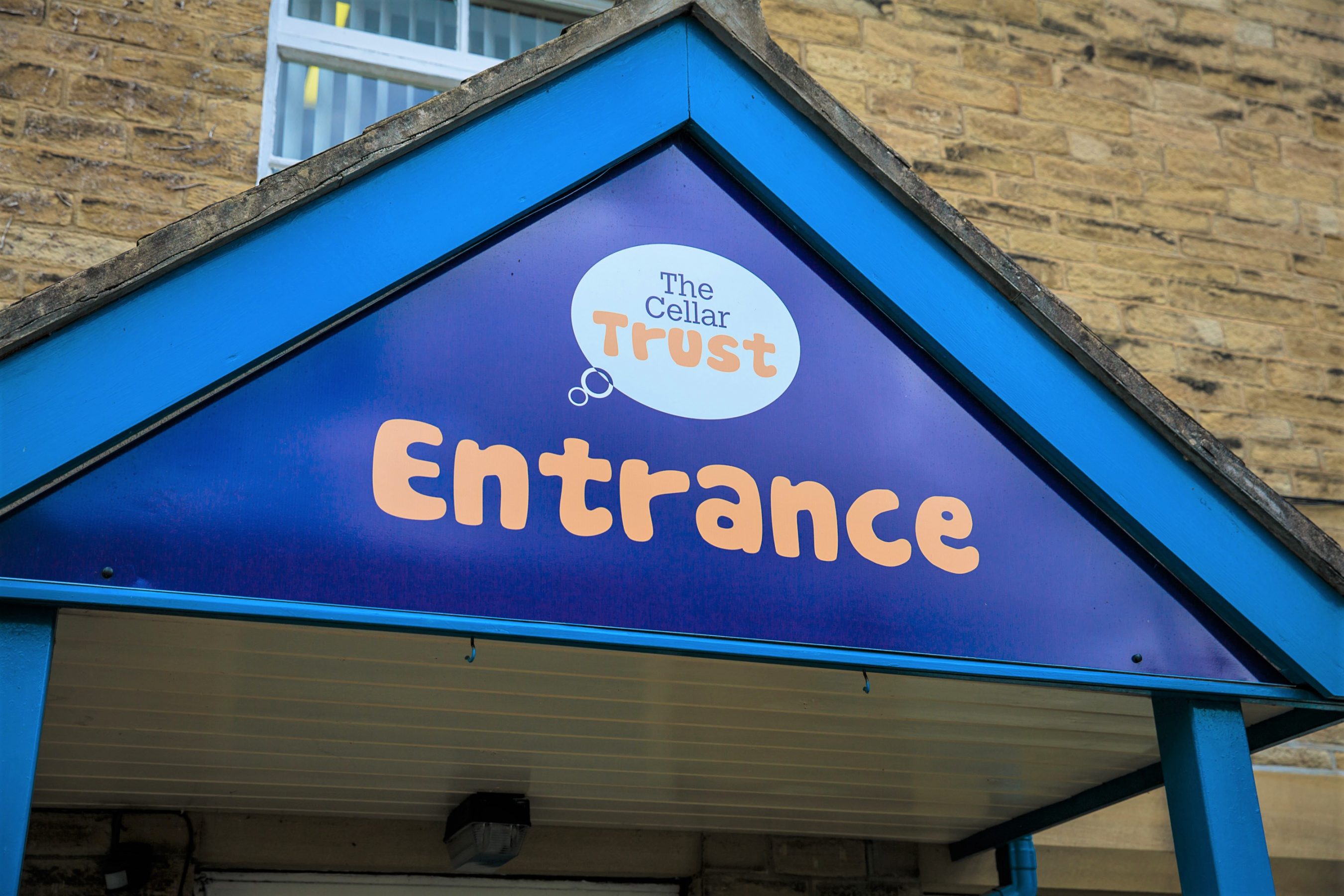 Damart, the Bingley-based home-shopping company, are sponsoring us for 2019!

Ben Phillips, Senior Marketing Manager at Damart, said “We are pleased to be supporting The Cellar Trust which does valuable work and provides an important service for people who live within the local community where most of our colleagues live and work. As a business it is important to us to support local charity initiatives in the area.”

Kim Shutler, Chief Executive Officer at The Cellar Trust, added: “We’re very grateful for the support we’re to receive from Damart. This donation will help us make a real difference to the lives of the people we work with. We have lots of exciting plans for 2019 and support from Damart will be vital in helping us to ensure that people experiencing mental health problems get the help they need and deserve.” 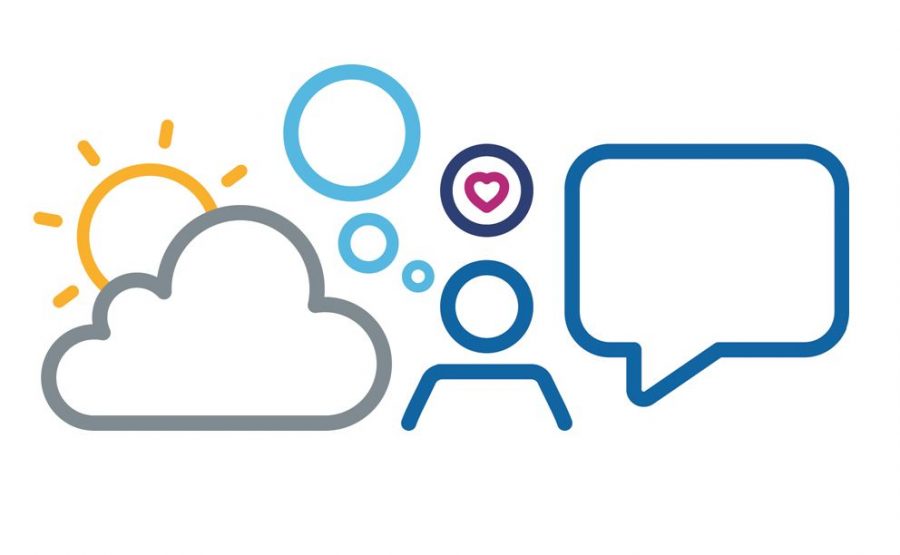 The Cellar Trust has partnered with MyWellbeing College (part of Bradford District Care NHS Foundation Trust) to increase access to psychological services for people living in Bradford, Airedale, Wharfedale and Craven. We can support people with mental health issues such as depression, anxiety and panic by using self-help workbooks over a 12 week period. Clients have a fortnightly session with a Wellbeing Coach over the phone. The workbooks offer practical solutions to some of the problems clients’ face using cognitive behavioral techniques and they learn how to manage their symptoms better.

To access the service you enroll with MyWellbeing College and will go through an assessment which ensures you receive the most appropriate help for you. One of the options on offer is Telehealth. Telehealth offers telephone support out of hours which will make the service more accessible to more people, particularly if they live in a remote area, are unable to travel or work full-time.

Some of our coaches can also speak Punjabi and Urdu if clients would prefer to talk in their own language.

Why are you so passionate about this new service?

There are so many reasons but primarily because I have complete faith that it works.

I have used most of the techniques and exercises in the workbooks myself over the years and still draw on them today. Unfortunately this kind of support wasn’t available when I was struggling with my own mental health and it took me a long time to discover and learn what is now collated into the workbooks.

I know some people are skeptical about phone therapy but I have worked on Telephone Support Lines for years and believe they are just as effective as face to face support. In some respects they can be more successful as the therapist needs extra skills in order to build a relationship with the client which is key to recovery.

The other wonderful thing about the service is that the client does the work with support of a coach. This means the clients are self-reliant and this is very empowering. The skills they learn will equip them for life.

Why is peer support key and how will it work as part of Telehealth?

The Wellbeing Coaches at The Cellar Trust come from a range of backgrounds but we all have our own lived experiences of mental health. This means we either have struggled with their own mental wellbeing in the past or have cared for loved ones going through mental health issues, so can therefore relate to what clients are going through and can often draw on our own experiences to help people. Because we know what it is like, we offer non-judgmental support and can offer the guidance and encouragement needed to get better.

To access the service, you can register online at www.bmywellbeingcollege.nhs.uk or give the enrolment team a call on 0300 555 5551

I’m a Senior Peer Support worker at Haven and I’ve worked there for about 2 and a half years since it opened in August 2016. When I started at Haven it was actually the first paid job I’d had since I was 17 so for me it was a massive step. I’ve struggled with mental health issues since I was young and was a frequent attender at A & E as a young adult as well as spending time at 17/18 as an inpatient at Lynfield Mount Hospital. I had no access to any kind of peer workers in Bradford when I was younger and I always think back to a time when I was about 18 now when I think of how peer support could have helped me. At the time I asked my psychiatrist if I’d ever get any better, he just looked at me, shook his head and said, ‘No, this is probably the best it’s going to get for you’. To be told that at 18 is devastating and took away any hope I’d got for a better future. I believe that if I’d been able to meet a peer support worker at that time, I wouldn’t have lost as much hope, it would have helped me see there was some way out of where I was stuck at that time.

So, when I got the role as a peer support worker in Haven I was so excited but I guess absolutely terrified too. Working in such a supportive team really helped me gain so much confidence and I started to saying yes to opportunities when they arose. This led to me becoming the first Senior Peer support worker at Haven and gave me the opportunity to really help shape the service, creating a peer led service that really offers something different for the people we work with.

I often get asked “What is Peer support?” There are of course lots of different types of peer support, like AA and postnatal support groups in the community and generally, peer support is about building a relationship based on mutuality, reciprocity and shared experience. At Haven and in the other places our peer support workers are now working, we mostly use 1:1 peer support to support people in mental health crisis.

What we want to share, what feels ok for us to share, where our boundaries are, the impact of sharing these experiences on both ourselves and on the people we are sharing them with.
So, this sharing has to be relevant within the relationship, appropriate and safe for both parties involved.

I don’t know of any other roles where you are expected, it’s actually part of the job description, to share on a daily basis what were potentially some of the most distressing parts of your life. And often to share these with complete strangers. But that’s what peer workers do, they learn to read the situation quickly and accurately, weigh up if self-disclosure is going to be helpful, how they can do this safely whilst offering empathy and creating a safe non-judgmental space.

We like to think that our form of peer support promotes a trauma informed way of working, instead of asking “What’s wrong with you?” we learn to ask “What happened to you?”; we listen to the story behind the distress, give the person the time they need to articulate what they think has led them into crisis, or the space to think about it alongside someone who isn’t judging them, who isn’t making notes, someone who’s been there.

What are the benefits of Peer support in acute settings?

From doing ENRICH we have seen some of the ways in which peer support on discharge from hospital has been helpful. It has long been acknowledged that discharge from an inpatient psychiatric ward can be a difficult time for many people. People are often going back to the same situation that led to their distress in the first place. Peer workers can work with the person before discharge and continue this support afterwards, helping them prepare, understanding the worries about returning home because they’ve often been in that situation themselves. They understand that however chaotic the ward can appear, it feels safe, and to be thrown out of a place of safety can feel devastating and extremely unsettling.

I would like to see peer workers on the wards as are they are in other trusts and actually peer workers across all mental health services in Bradford, especially peer workers who have used those services, to be able to sit alongside people when they can see no way out, without advising them, without problem solving. Being there, helping them see they’re not alone. In these settings having peer workers who can support people but also share their own experiences inspires hope, hope that things can change, that there is a future that is worth trying to get to. And I believe that having peer workers around also benefits other staff, peer workers are tangible proof that people can move forwards even after having debilitating mental health problems, and I think this can help staff see that what they are doing is important, that what they say and do in all their different roles can help change people’s lives.

I am biased, I do love peer support, l love the connections it can create, the shared learning it brings and how it does change people’s lives. I’d just to end with a quote from a case study from a Haven client who had attended haven for 1:1 support in crisis and then went on to our crisis peer support group…

“I started the peer support group. I didn’t want to go to the group because it came after I’d had a really bad day and experience at another service. I woke up thinking that it won’t help me but I forced myself. I remember walking into the group and thinking I had nothing in common with these people, that I shouldn’t be there. But I was so wrong, it was such a powerful session, we were such a diverse group and it was the first day I felt hope. I went on Instagram straight after the group and said ‘this is the day it starts. I’ve found what I need to do and this is the thing that will help me’. I phoned my mum on the way home and told her, it was so powerful. You hear people tell stories about what changed their life and this was it for me, peer support is it, it changed my life.”