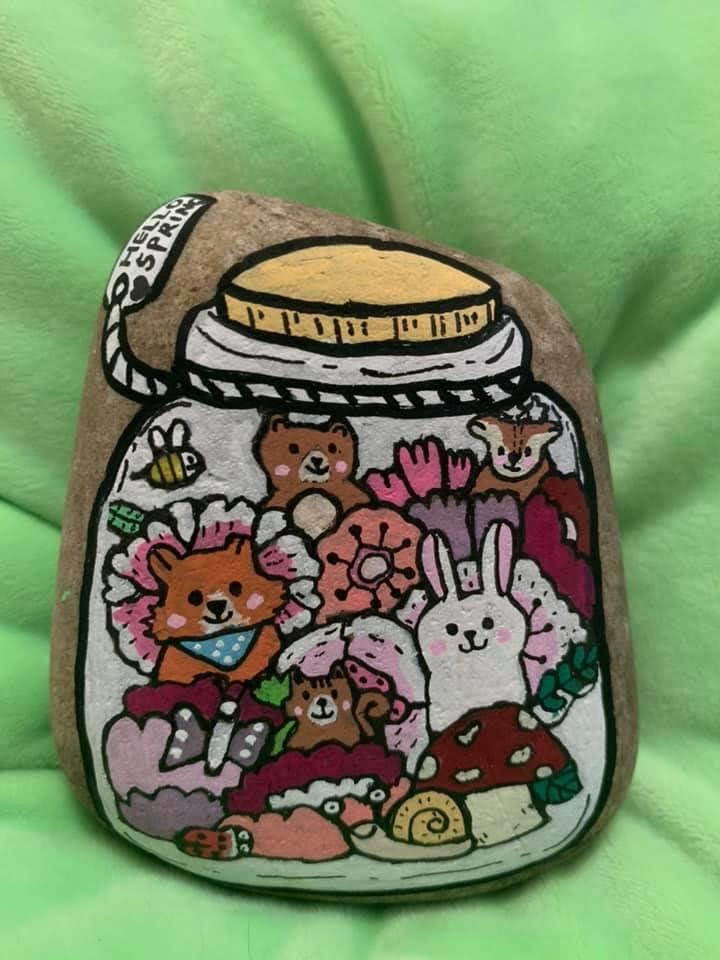 As a child, I always loved creating, whether it was through arts and crafts or through creative writing. It brought me so much joy to sit and draw, inundating my family with the scribblings of a small child which they have kept and treasured.

As a young teenager, my love for creating blossomed, and then withered just as quickly. At secondary school I chose to do an art BTEC, which was the worst thing I could’ve done for my creativity. Being told what to create, how, and with what media, very rapidly sucked the joy out of creating. After all, creativity is rooted in imagination and personal expression, and it felt like those things were being locked in a cage by an art teacher following a curriculum.

Then mental illness hit me like a ton of bricks. I had always suffered from social anxiety, but the depression (and what would later transpire to be borderline personality disorder) began to take root and ensnare me. It was like a weed in my mind that I couldn’t get rid of and it was growing faster than a shy 14 year old could ever keep up with. And so began my descent into darkness; my imagination died, and so did my ability to create.

Fast forward to 2018 and I was visiting my local zoo with my family, where we found a small rock with a unicorn painted on the front. On the back were details of a Facebook group, ‘Love on the Rocks UK’, requesting that we post a photo of said rock on the group page. So that’s what I did. Next thing I knew, I had ordered some acrylic paint pens, found some rocks, and was sat painting. And so began my climb back into creating and, most importantly, enjoying it.

Love on the Rocks UK is an amazing group of nearly 100,000 people, a community in which we all paint rocks, post a photo of them, and then hide them somewhere in public for people to find and enjoy. Skill isn’t required in our community, just the collective desire to put smiles on the faces of strangers. There is no criticism in this group, just pure joy, positivity, and kindness. 100,000 friends.

The creator of the group has developed a scheme known as ‘Comfort Pebbles’, a group of almost 1000 people who are creating rocks and sending them to hospital and hospice patients affected by COVID-19. Families who aren’t allowed to see their poorly loved ones during these uncertain times are able to write a message on the back of the rocks, and give them to their loved ones as a source of comfort to them.

Being involved with Love on the Rocks UK, and Comfort Pebbles, has given me an avenue through which I have been able to find my creativity again. Since joining I have also taken up needle felting and crochet, which I am really enjoying. The simple act of painting rocks has allowed me to find who I am again, and for that I can never truly express my gratitude. 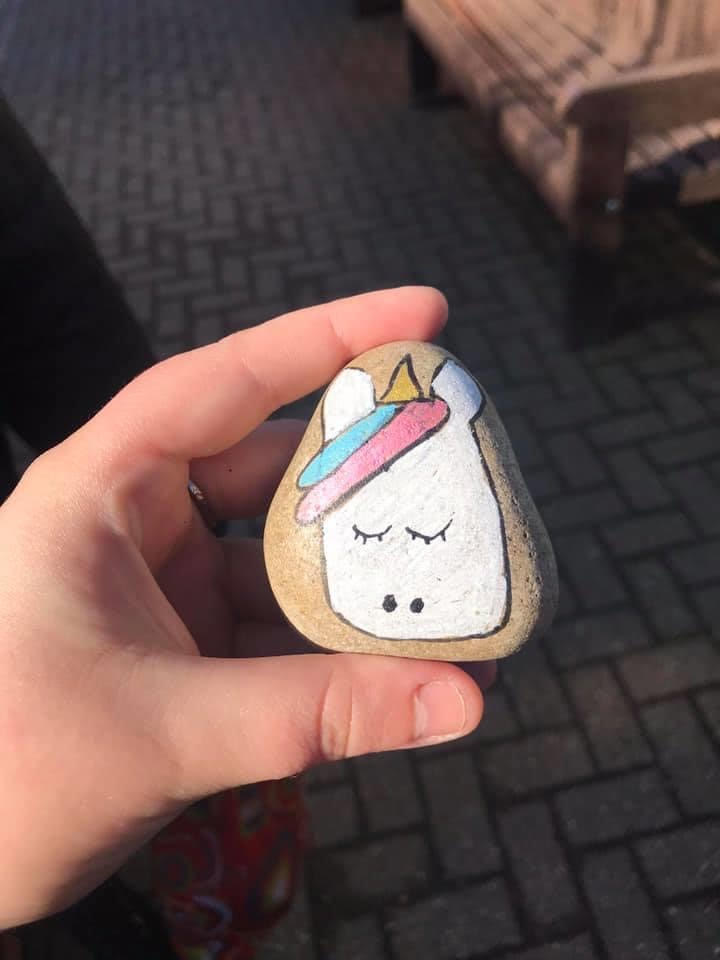