10 years with The Cellar Trust

I have worked within the voluntary sector for almost fifteen years. The last ten years have been at The Cellar Trust, or Cellar Project as it was known back then. We’re still classed as a small charity despite having 4x the staff than when I started.

I didn’t plan to work in the voluntary sector. It just sort of happened. What I did know from a fairly young age was that I wanted to help people. In 2009 I got a job as an employment worker with the Cellar, helping people with mental health problems to find employment and supporting them towards their vocational goals.

The thing about small charities is that there aren’t huge departments with several staff. In fact you’re lucky if you have one person dedicated to areas like HR. For example, Ten years ago HR was lumped in with a myriad of roles our then Office Manager did, including health and safety, IT, premises, the list was endless! So when the Service Manager (now known as CEO) broke her foot within days of me starting there was no one to induct or train me. So I had my induction and early training on a ward in the local hospital. No joke!

We have to adaptable and flexible, responding to curveballs and rolling with the punches. No way would that induction have happened on a hospital ward in the corporate or statutory world. We just cracked on because there were people needing support.

Essentially we’re a team. We support each other. We disagree. We compromise. We do jobs that are way out of our remit. We learn together. We celebrate each other’s achievements. We do all that in a close knit group because we are it! People are relying on us to be there. We were always needed and never more so than right now! 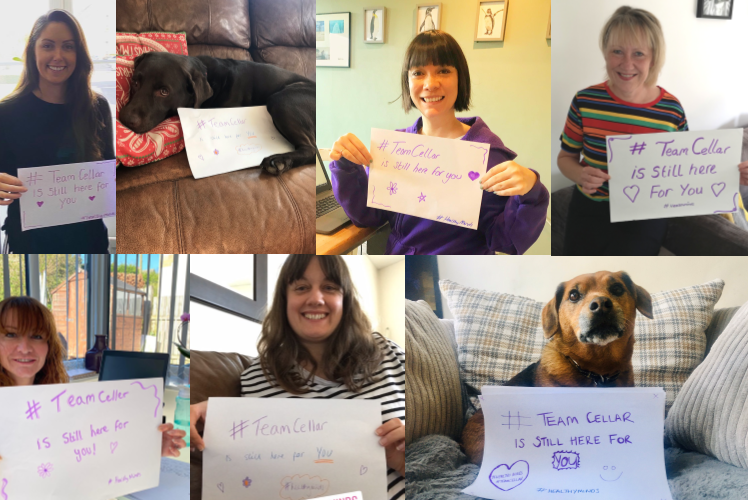