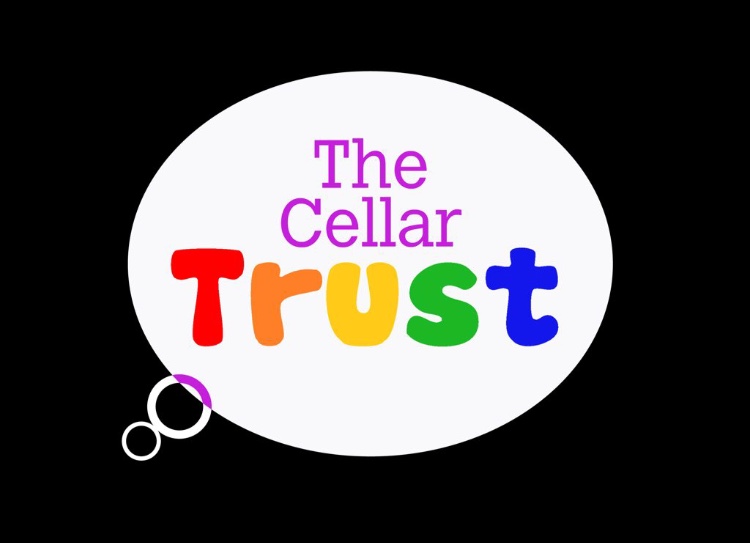 I grew up in the 80s & 90s. I come from an educated, liberal background. My mum is a proud feminist and socialist who marched for civil rights in the 60s, supported CND and the miners in the 80s and has continued to be open to difference her whole life.

I first realised I was gay when I was around 12 – completely obsessed with Madonna I thought the reason I wanted to kiss her was simply to show my appreciation of her musical talents (musical talents? Hmmm… but before botox and kabbalah she was definitely kissable). Despite my liberal upbringing I grew up struggling with my sexuality. I dropped hints and was clearly gay (a shaved head age 13 was a pretty big hint), but I never told a soul until I was almost 20 (apart from a counsellor at college – to be continued…). I then took a whole decade learning how to be truly out.

This secrecy and shame most certainly affected my mental health. As a teenager I was shy and self-conscious anyway and found social communication hard enough without the added ‘oddity’ or ‘embarrassment’ of being gay. I had no idea how to meet other gay people and no way of communicating and expressing myself. I had limited ways of finding out about gay culture, politics and people and I felt so alone. There was no internet, mobile phones, social media. I would record gay TV programmes in secret and watch when no one was home. The only one I actually recall was Gaytime TV – a kind of magazine programme with the guy from Right Said Fred wearing a leather waistcoat…oh dear ….and then the rare shows with gay storylines (the famous Brookie kiss…such a big deal in 1994!!!)

When I was a teenager I had a lot of difficulties which included leaving school age 13. As a result of this I was sent for counselling. I picked up that my therapist was a lesbian and eventually I plucked up the courage to tell her I thought I might be gay too (in a letter as I couldn’t even say the words!). The next session I was petrified at her response but I turned up; sadly what happened threw me into a total whirlwind of shame and embarrassment and confusion. All I remember is that she said something about ‘internalised homophobia’ and that as gay people we all have this. My then 15 year old self didn’t understand – did she mean she thought it was wrong? That deep down all gay people know its bad and shameful? That all along I was right to be hiding my true identity? I didn’t understand then but it’s a term I have grown to understand all too well. The rest is sketchy but it was bad enough for me to storm out and write to her to say I couldn’t come to my sessions anymore.

So what is this internalised homophobia and how does it affect the LGBTQ community and our mental health? Of course I can only speak for myself but I know for a fact some of what I feel is shared by many others. My gay identity was formed against a backdrop of institutionalised homophobia, discrimination and hatred towards LGBTq people (well I say LGBTQ – transgender people were even further marginalised, silenced and misunderstood – it was only ever LGB back then, and it wasn’t only the straight community being the bigots but thats a whole other topic!).

This backdrop – or rather the pervasive drip, drip, drip of homophobia, has permeated my being as a lesbian so that I carry it around inside to this day and sadly I know others feel the same.
From government policies, to the tabloid press, to far right groups, to worried parents, to religious proclamations (‘its Adam and Eve not Adam and Steve’), to schoolyard taunts, to being ignored in sex education, to being abused in the street, to be written out of history and excluded from cultural life (remember Ellen having her sitcom pulled when she came out? – unthinkable now but it was only 20 years ago). All this has created type of institutional homophobia that gay and transgender people have just had to live within and keep going, keep smiling, keep challenging, keep being proud and saying we don’t care, we will rise above. And of course we do and we are used to it just as any other oppressed community is and its also part of what makes us who we are. Its so true – from persecution we find our own strength and our own histories and our voices become stronger. I recognise that society has changed and the acceptance of the LGBTQ community is finally becoming mainstreamed and protected in a way that I never imagined as a young person. However this history is not fully that yet – homophobia is alive and kicking and continues to have a worrying impact on people’s mental health that must not be ignored in a ‘aren’t we all so progressive now’ world view.

Stonewall research found that in 2017 one in five LGBTQ people had experienced a hate crime or incident because of their sexual orientation and/or gender identity in the last 12 months. I know I have and so have my friends. This rises to two in five for trans people.

As I started writing this blog the news broke of two lesbians who were the victims of a horrifying homophobic attack on a London bus. I don’t think I need to comment further other than to say the impact is far reaching – not just on these women and the people who love them, but on those of us who are just a snigger or remark away from being them or who have been them; this attack adds its bloody and vicious imprint to all the other types of violence we face.

Despite how far we have come evidence suggests that the LGBTQ community are at higher risk of experiencing poor mental health including a higher incidence of depression, suicidal thoughts, self-harm and alcohol and substance misuse.

Research has shown that this can be linked to a range of factors such as discrimination, isolation and homophobia which can lead to LGBTQ people feeling dissatisfied with health services, with mental health services most often perceived to be discriminatory.

So much has changed for young (and older) LGBTQ people since I grew up. We have a gone from a world of Section 28 in the 1980s and 90s which banned the ‘promotion of homosexuality’ with Thatcher’s talk of ‘pretended families’ to gay couples being able to adopt (2002) and gay marriage equality (2013).

I was 13 before the World Health Organisation declassified same sex attraction as a mental illness (1992); it wasn’t until 2000 that the age of consent between men was made equal in the UK and 2003 that Section 28 was finally repealed. All landmark changes but still such recent history that the impact can’t yet be forgotten.

Young people have instant access to a global LGBTQ community – to advice, support, protection and recognition. Difference is now protected in law giving the bigots less free reign; LGBTQ people are visible like we never were before – in politics, media, sport, TV, films, theatre, music, business; and most importantly in more normalised ways so that when there is a gay soap character its no big deal (although we have so much further to go still in terms of trans equality); queer culture has even become a commodity capitalists promote and get rich from.

The reality for young people growing up as LGBTQ today is a world apart from my experience and this can only be a good thing. However as I’ve said the research shows that for many young people their sexuality or gender identity is still a cause of great struggle, distress and isolation. Suicide rates and drug and alcohol problems amongst LGBTQ young people are still way higher than for their straight friends.

In 2017 Stonewall found that despite a reduction in homophobic bullying and language in schools since 2012, nearly half (45 per cent) of LGBTQ pupils – including 64 per cent of trans pupils – are bullied for being LGBTQ, while four in five young trans people (84%) have self-harmed. Half of LGBTQ pupils hear homophobic slurs ‘frequently’ or ‘often’ at school. I worry that despite all the positive changes in society, legislation and technology our young people are still at risk from the effects of internalised homophobia, just as I was.

Despite the difficulties I’ve experienced because of my sexuality I still wouldn’t change those experiences because they have made me who I am today and I am able to gain something positive from them. However I don’t want them for others and I still carry that internalised homophobia around and I think I always will. It makes me drop my partners hand when we walk past certain people in the street; it stops me staying in B&Bs in case its too ‘awkward’; it convinces me that people will judge me if I start a family; it makes me sometimes use the pronoun ‘they’ about my partner when I should say ‘she’; it can still make me feel awkward when I come out. I deal with all this by continually challenging myself to ignore the grip internalised homophobia still has on me and by doing this I hopefully also do my bit to challenge the world around me.

My point in writing this blog? To acknowledge how far we have come but to remind people how deeply discrimination and oppression can affect peoples’ mental health and wellbeing, which can compound the other mental health issues people may experience.

I believe The Cellar Trust is already a progressive and supportive place but I bet there is more we can do as an organisation to help reduce discrimination and its impact and to ensure we do our best to provide an truly inclusive and informed service to all our clients and foster the exact same environment for all our staff.